TGIFF! - Separation of Church and State 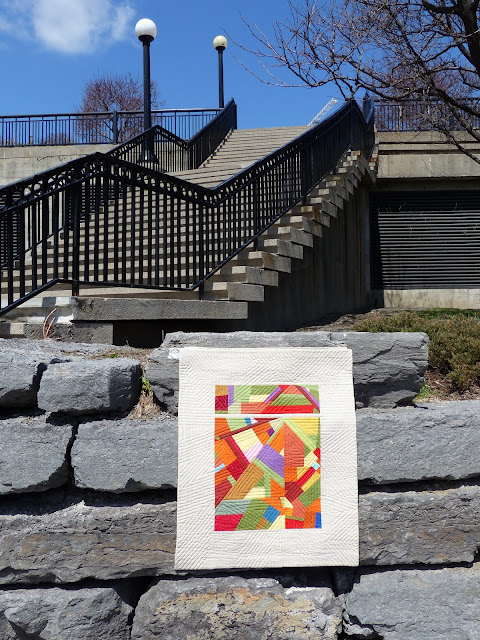 Woo hoo! It's TGIFF! time again. I've got a bit of a weird naming story for the quilt I'm sharing this week.

This quilt started with the need to use up some scraps from an overflowing scrap bin. I wanted to try to use more tones and colours that aren't my favourites.

When I shared the finished top for Separation of Church and State a few weeks ago, I didn't share why it was called that because I didn't know. This was not intended to be some deep philosophical or political statement piece.

As I was playing with the layout, the expression Separation of Church and State just popped into my mind. There hadn't been a discussion with anyone or something on the news. I hadn't even gotten to the word play stage I usually try to come up with a name.

I just looked up at it and it was Separation of Church and State. It was weird. Then I looked at the top again and thought "well, maybe it looks a little like a stained glass window or some of the triangle points look like church steeples." But even I'll admit that it was a stretch.

I did add the line of Essex linen to help make the name work, but that was about it in terms of intentional design in the top to match the name. 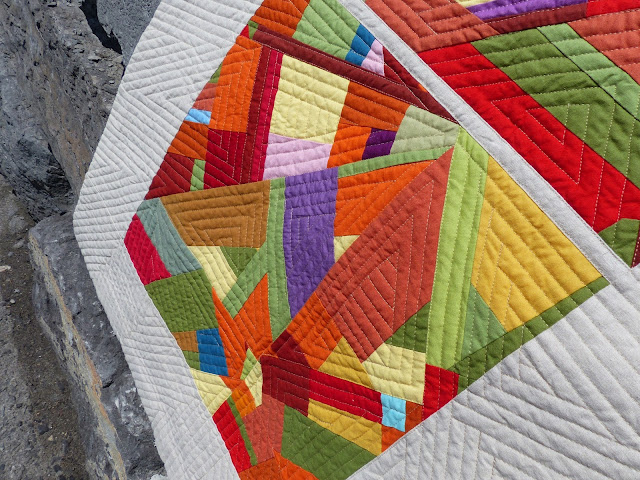 The quilting was done with my favourite Aurifil thread (a beige colour #2847), using that great walking foot technique I learned from Healther Lair.

Here are a few close-ups: 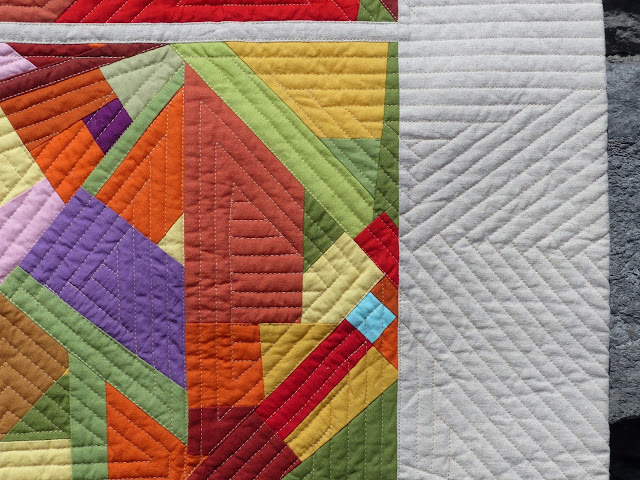 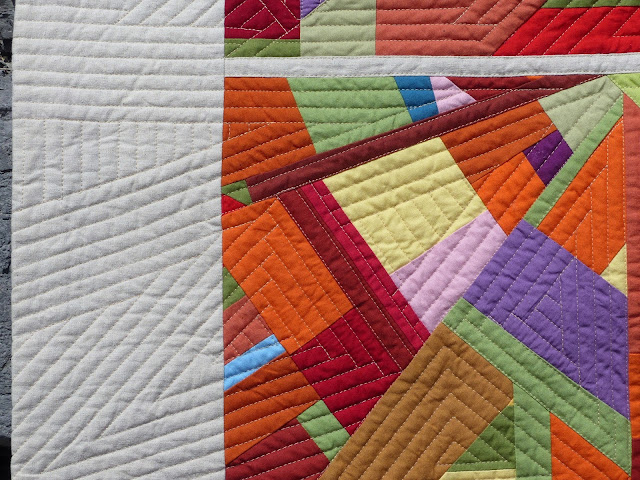 Coming back to the story of the name. When I was burying the threads and finishing up the quilt, I was trying to help my son work on his poetry assignment from school, which was to make up three new stanzas for a poem. The poem was actually a prayer and he was losing his mind over it. As I was trying to be patient with him and his over-the-top reaction, I was secretly wishing for a little more separation between church and state. 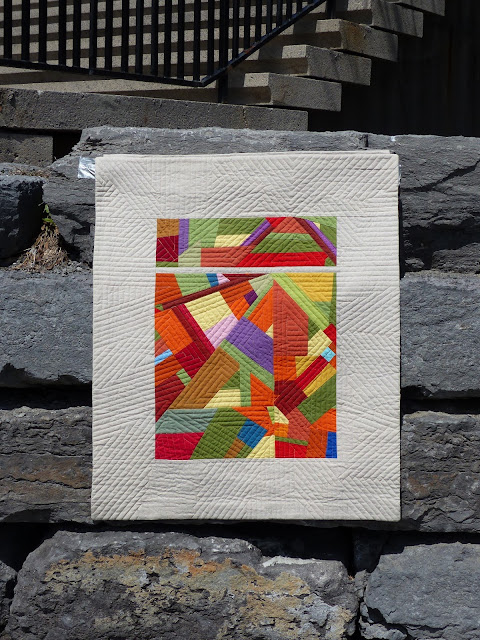 Sometimes it just takes a while for the reason behind the name to make itself clear, I guess. ;)

Here's a view of the back where you can really see the quilting pattern. 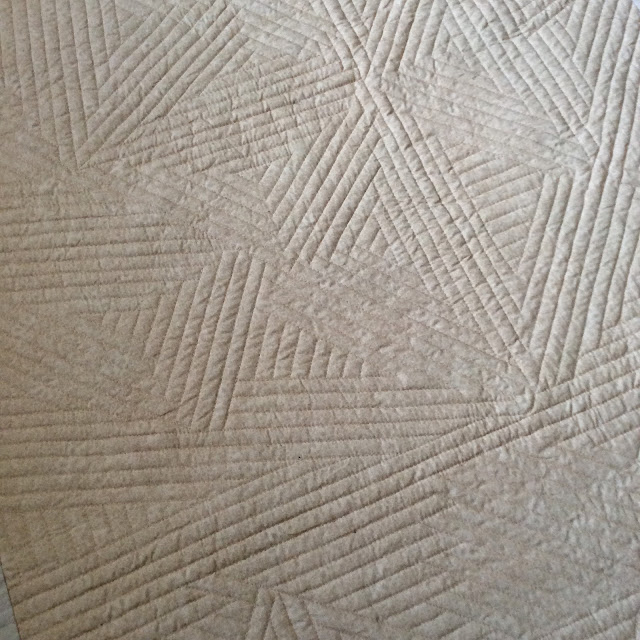