I've been mulling over an idea about doing a colourful wholecloth using the walking foot quilting technique I learned from Heather Lair, which I've decided to start calling Lair Quilting. I first used it on Heathia, and the rest, as they say, is history.

Heather was an amazing artist, who passed away in 2013. I took a class with her in 2011 in St. Andrews by the Sea, NB. She was very generous with her art quilting knowledge and I haven't seen anyone else do her quilting technique other than me. Now that I use it so much, I've decided to call it Lair Quilting after her. Hope she doesn't mind! :) It also looks quite labyrinthian and that fits with the name too, eh?

Usually when I do Lair quilting (Heathia, We the North Since 1867, Triad), it's using one or two colours and it's meant to blend into the background. This time, I wanted to experiment with making the design with the quilting.

First, I laid down some black guidelines, with a mix of straight lines and circles. 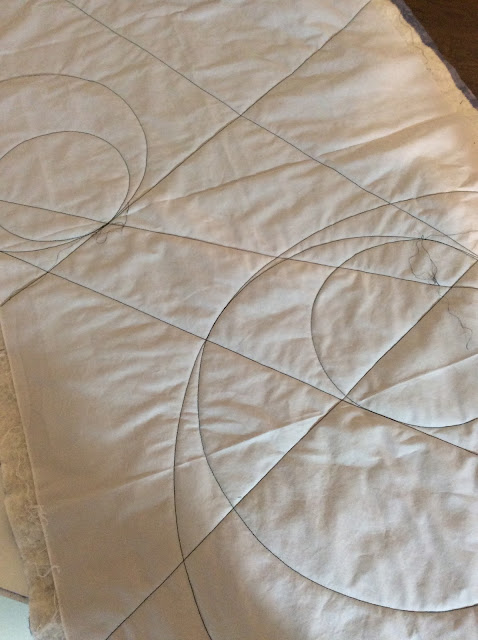 Next I started filling in the spaces between the lines in different colours with my favourite Aurifil colours. 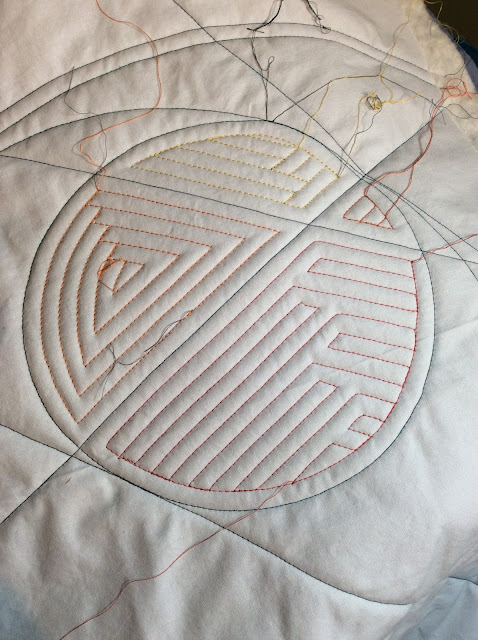 Adding more colours...can you feel the rainbow yet? 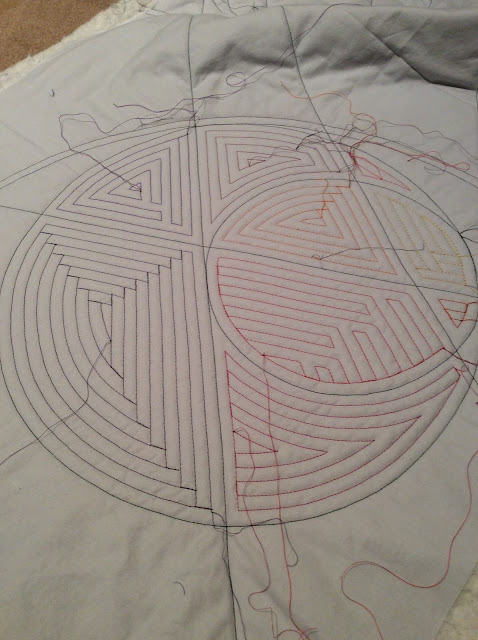 Here it is from the back. Mmm, loving that texture. 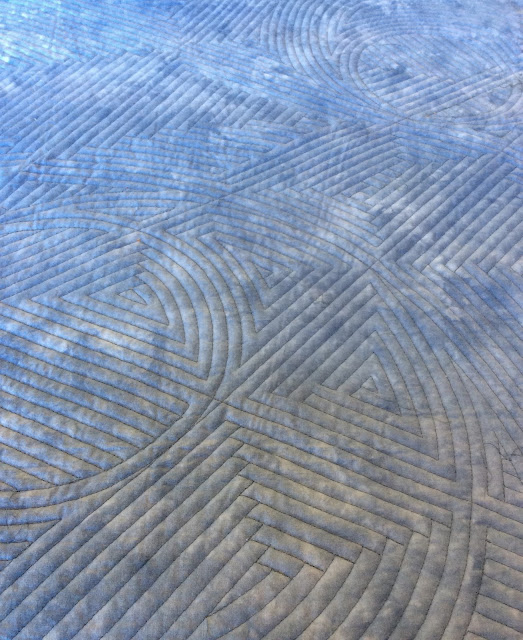 Just as I was finishing up the quilting, I thought it needed a little more. I started adding some hand stitching to define the shapes and make the colours pop more. I used 3 strands of DMC embroidery floss -- it adds a good line of colour, but isn't too heavy. 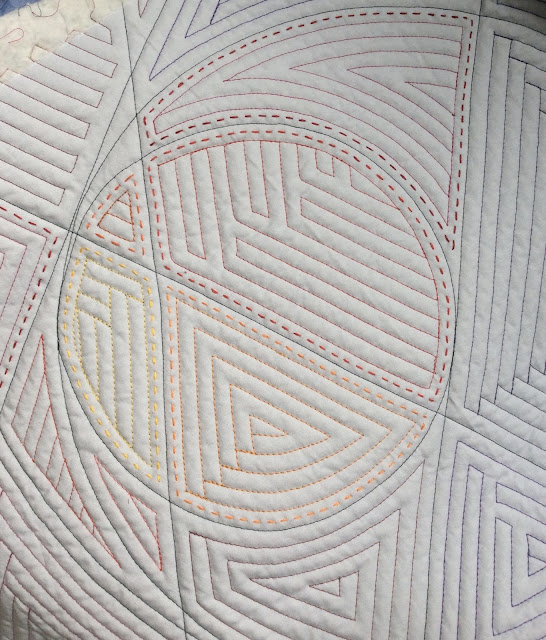 Finished up the hand stitching this morning and blocked it.

Updated: Here is the full view of the blocked quilt. Just the binding and hanging sleeve left to go. Calling this one Blessed. 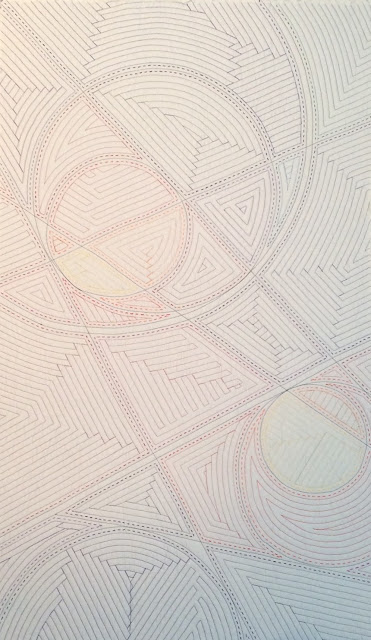 I'm getting impatient for this one to be done.