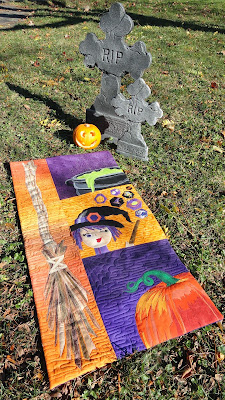 It's a little early for TGIFF!, but it's Halloween here so I'll be a little busy later trick or treating with the kids in the pouring rain. Fun! Fun! Fun! Also, there's been a little change in the schedule again so I'm hosting this week and Laura will host next week. I hope those who've been by this week already will forgive me for sharing Hexed for this week's TGIFF! It took so much time and effort that I'm going to milk this finish a little longer.

Some of you might remember this little teaser sketch from a few weeks ago: 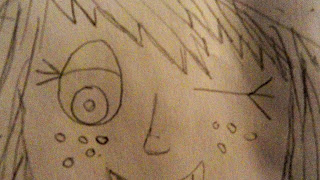 This is how it turned out:

That purple iris? Fussy cut from a scrap of 1001 Peeps Scheherazzade fabric. I can't believe I forgot the freckles though. May have to add them in...

And then there was the cauldron dilemma. I used the same process to get the 'photo' effect as I did with Cheeky Pumpkin (tutorial here). Attempt number 1: 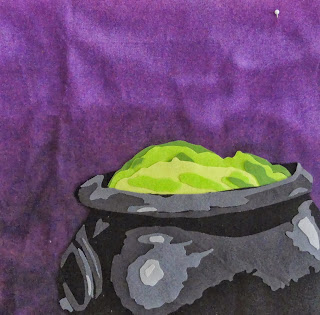 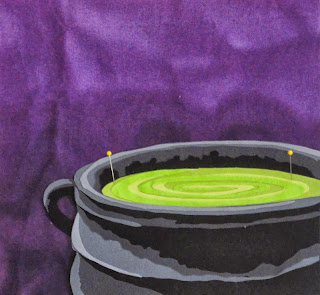 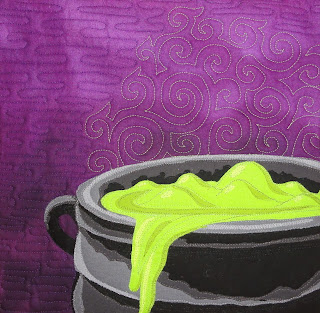 Then came some layout play. Pumpkin on top? 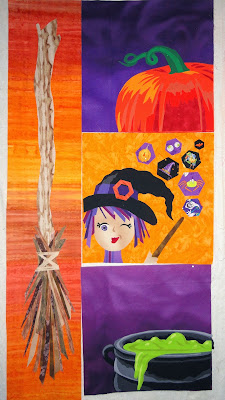 Nah. Pumpkin on the bottom.

I knew I wanted to do a fair about of thread embellishment aside from the quilting so I used a layer of batting to stabilize the first round of thread work. Look at those thread colours...so pretty! 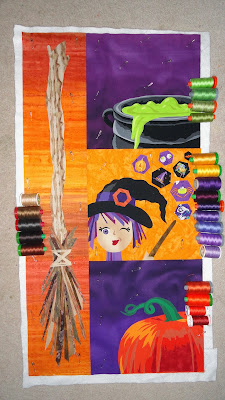 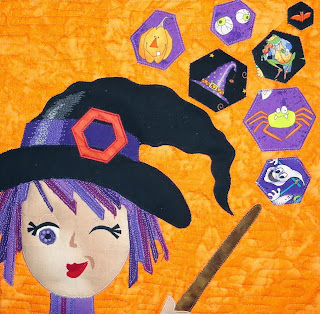 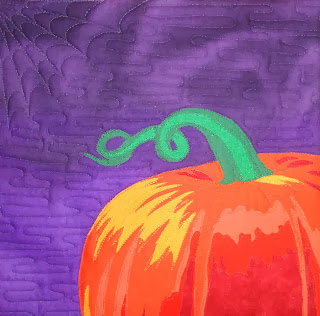 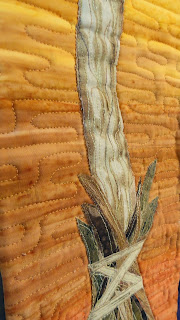 So yes, I'm very thankful this project is finished and hanging in our kitchen. One more reason for me to love decorating for Halloween!
By M-R Charbonneau at October 31, 2013