I carry a sketchbook in my purse and have for about five years now. At first, it was so I could jot or draw ideas for quilts while I was out and about.

Ha ha. Yeah, you guessed it. I was wrong. It wasn’t long until MY sketchbook was pulled out in desperation to entertain one or more of my children. “What do you mean you are bored?! We just got here and we can’t leave now so find something to do. Okay, okay, do you want to draw in my sketchbook?”

At first I mourned it (okay, that’s a little dramatic, but you get the point). But then I saw what a treasure this was! Besides the 5-10 minutes of blessed peace and quiet it gave, it was also a place to capture their creativity as well as mine.

Sometimes the kids would rip out their pictures, but usually they left them in. I started having them sign it and adding their names and the date. We’re on the third sketchbook now. My skills are still a little sketchy (sorry, couldn’t resist), but it’s been fun to look back and see their drawing skills progress over the years.

Drawing on top of mommy's sketches...um, not what I had in mind. 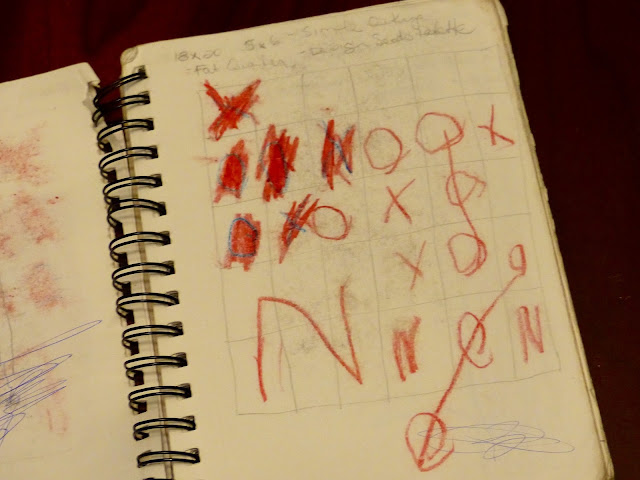 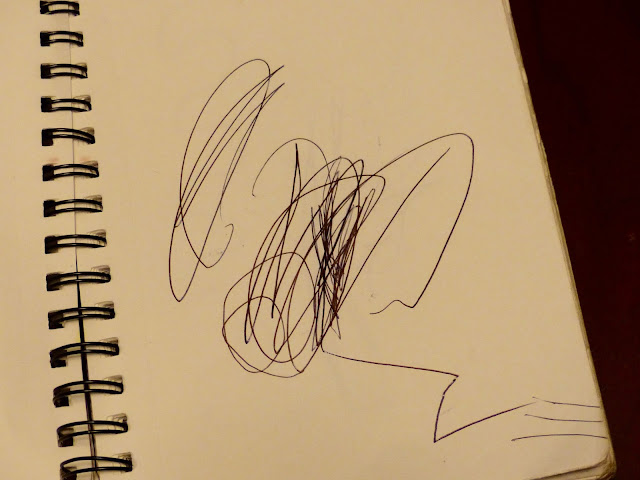 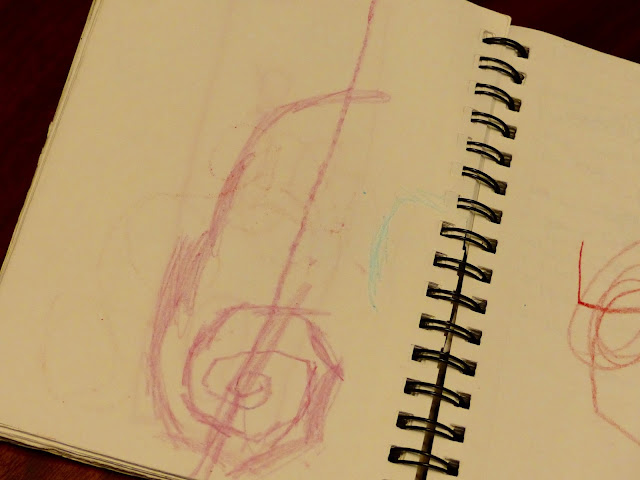 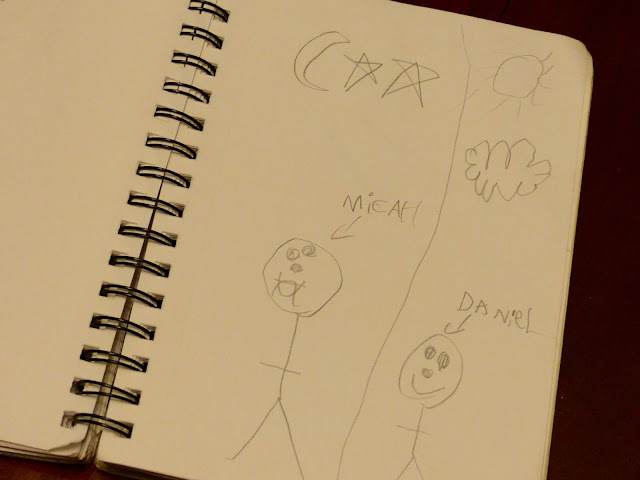 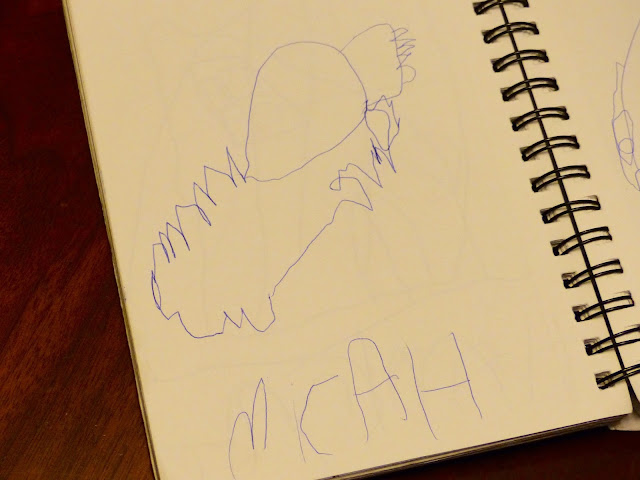 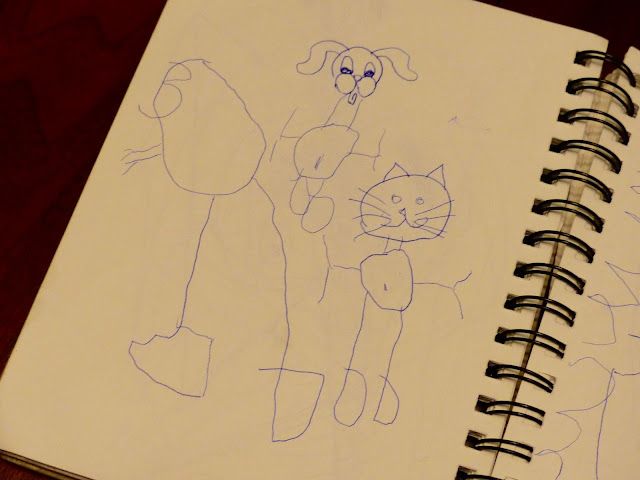 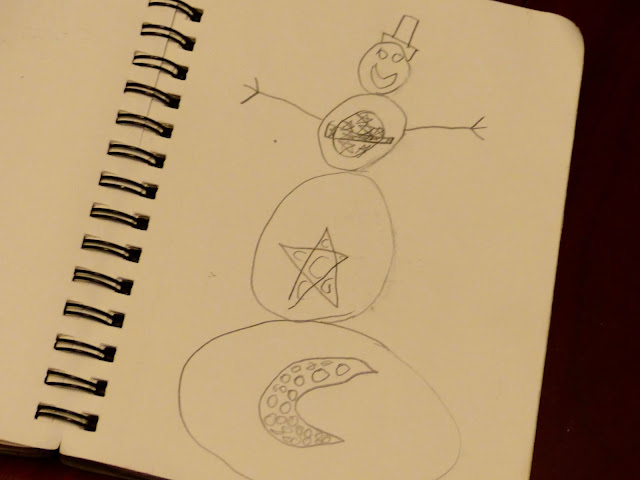 And sometimes those drawings were copies of my sketches! 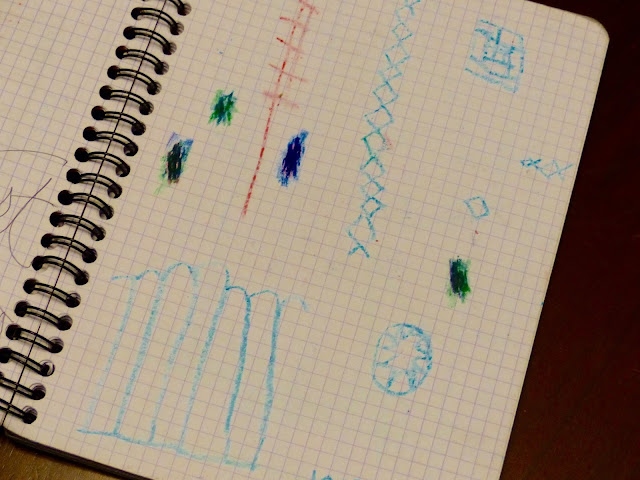 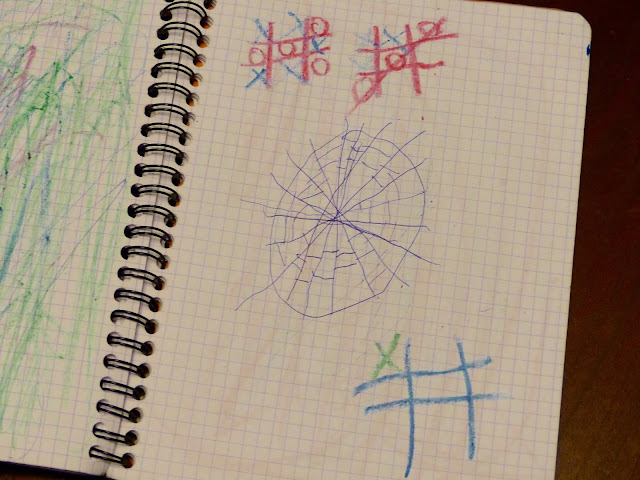 Recently we took the kids to an adult restaurant, not fancy, but there were no kids' menus or colouring pages. Gasp! Say what?!

After five minutes of ‘boring talking,’ it was clear they needed something to ‘do.’ I pulled out my sketchbook and my middle guy and I started playing a little improv drawing game (I can’t remember when or where I heard this idea, but I doubt it’s an M-R original). The rules of the game were this: I drew a line and my son had to add something to it. He could add a shape as long as it was one continuous line and touched one of my lines. Then I added to his line and we kept taking turns until my son made the call that the drawing was finished. When we were done, we signed it and dated it. 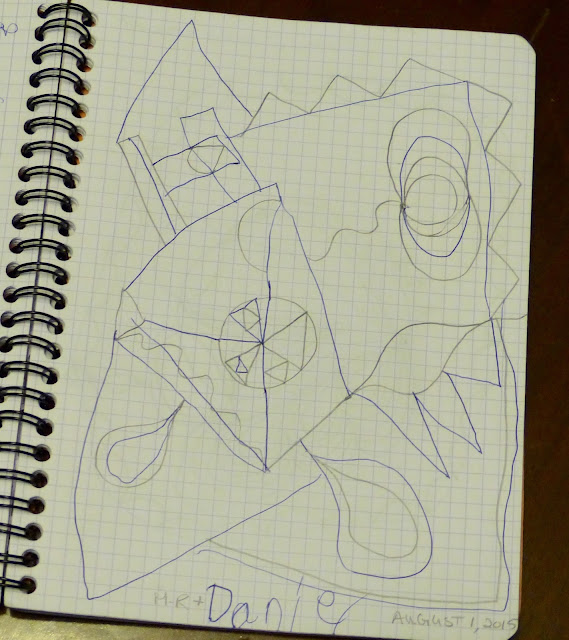 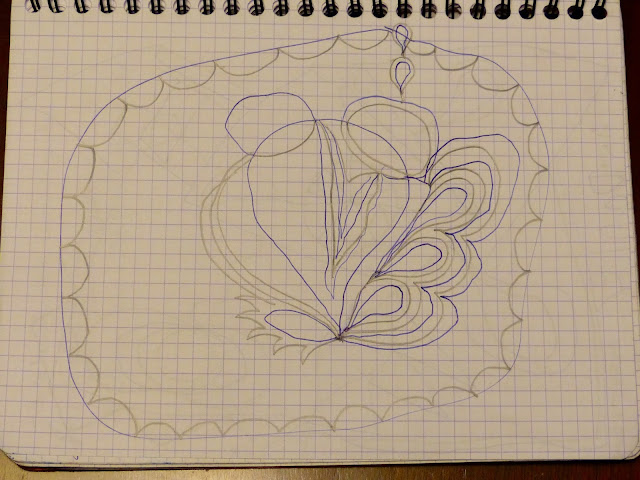 We then showed them to the table and had them guess what they were. There were some, um, interesting guesses from my other sons. Next time, I think we’ll get the whole family to play.

Now I have some great memories to add to the treasures in MY sketchbook. ;)
By M-R Charbonneau at August 11, 2015