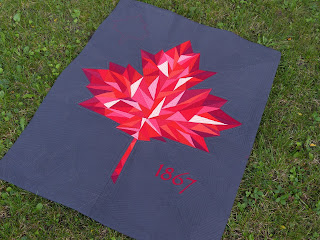 Welcome to TGIFF! I'm definitely doing the Carlton Happy dance with my finish this week. It's why I've been so quiet on the blog; besides our vacation, every spare moment was spent working on this quilt since early July.

I shared the finished We The North Since 1867 top last month. I actually designed this quilt last year, but then struggled with the motivation to start it. Fear is such a little bugger. Once I got started though, the obsession took over. Tea and Buffy the Vampire Slayer kept me company on many a late night.

I made We the North Since 1867 to celebrate Canada's 150th anniversary next year.  Yeah, I know I'm a little early to be doing a sesquicentennial quilt, but you gotta do what you gotta do. I love to travel and experience other countries and cultures, but I love coming home too. I feel pretty lucky to be born in this cool country so I wanted to make something to celebrate it.

Don't let the simple design fool you; it has a lot of meaning behind it (at least for me). It has 13 values of red (mostly Konas) for the 10 provinces and three territories.

When we typically talk about Canadian culture, we often use the term 'mosaic' to describe all the nationalities that now call this place home. I wanted the central maple leaf to convey that idea as well, but I wanted more of a glass-like feel to it to remind us that it is fragile if we are not careful. 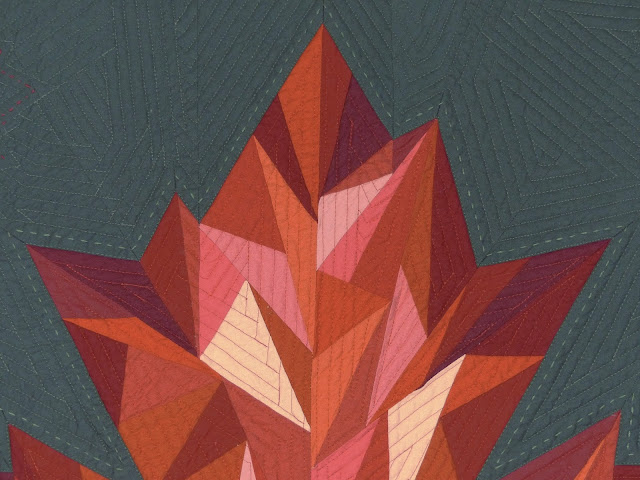 I machine appliquéd 1867, the year of Confederation, to the lower right of the maple leaf. 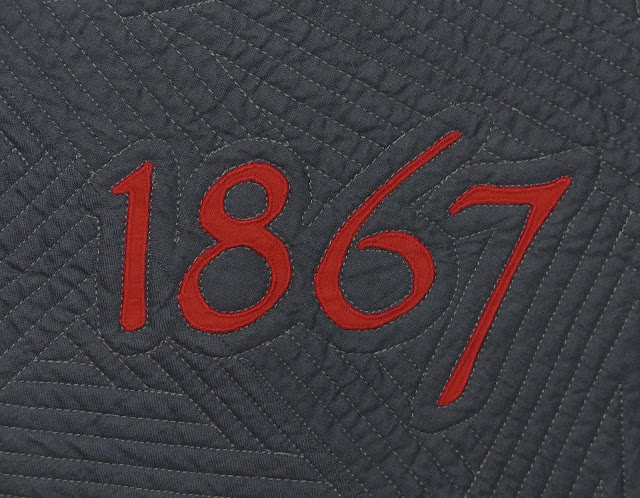 For the quilting, I used two colours of Aurifil thread (Red 50 wt. 2260 and Charcoal 50 wt. 2630), representing our two official languages. The quilting is the walking foot technique that I learned from Heather Lair. The spacing is 5/8" between the lines. Done on my Bernina domestic machine, the quilting alone took about 30 hours. Yes, totally crazy, but worth it. 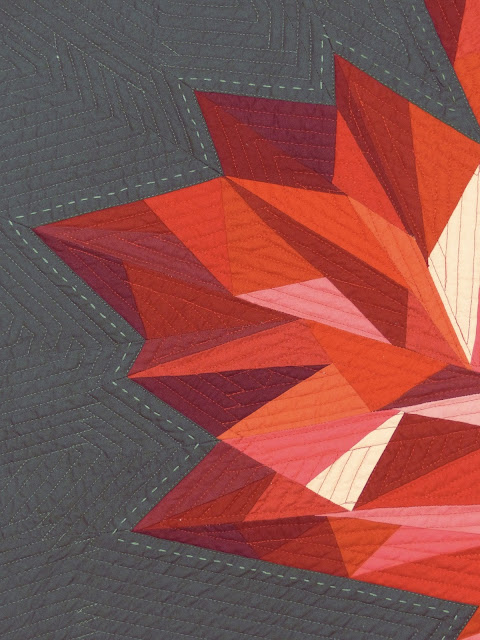 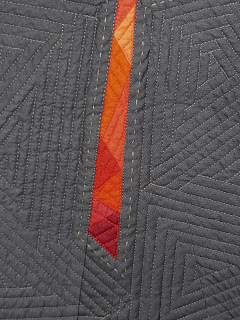 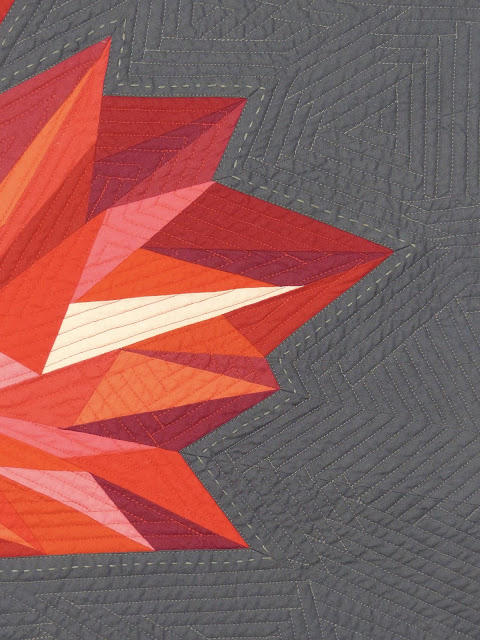 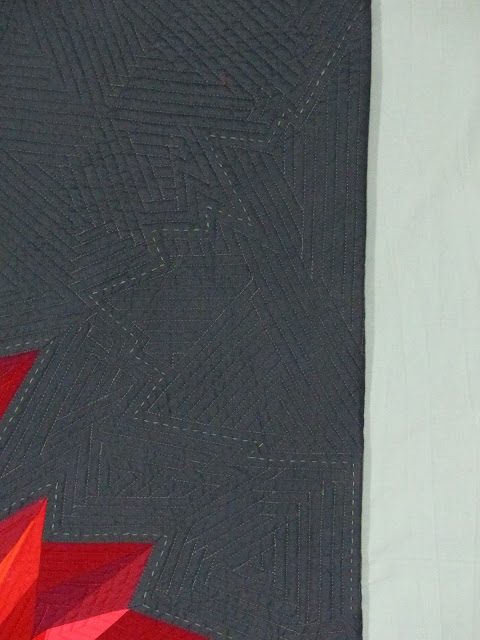 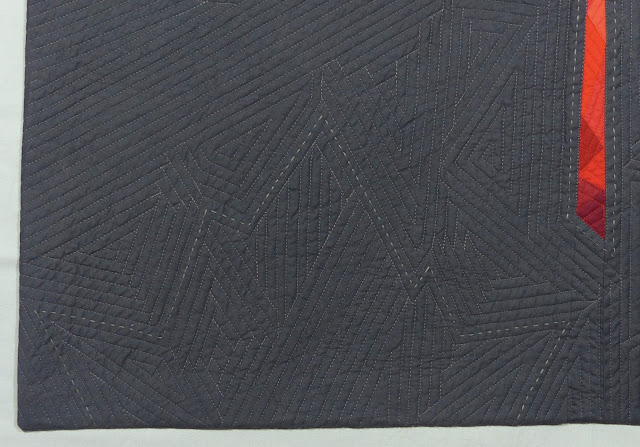 I also hand stitched one small red maple leaf in the upper right to represent our 'little' country in 1867 (only 4 provinces and 3.4 million people at the time). 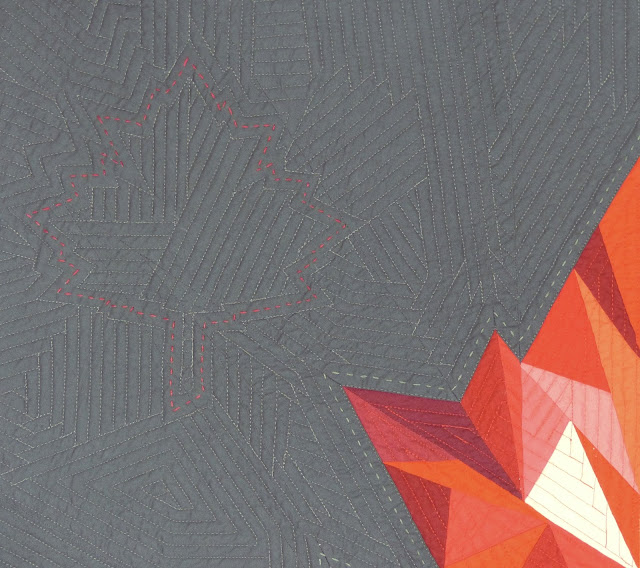 We the North Since 1867 is done and it turned out just as I had hoped. Bliss. 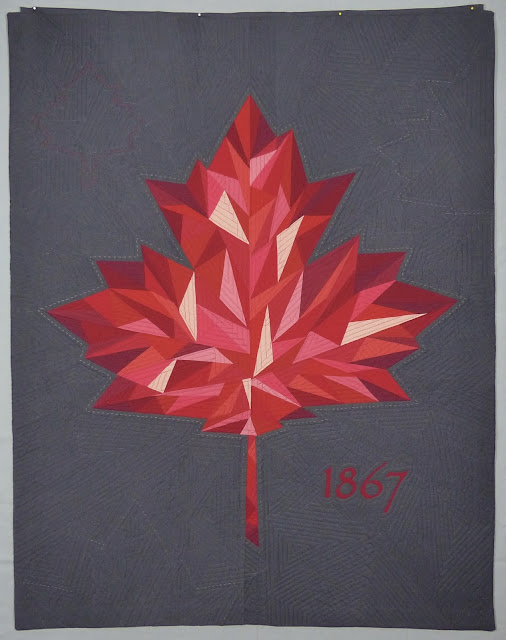 For those who like to see under the covers, here's the back (it's really hard to photograph red): 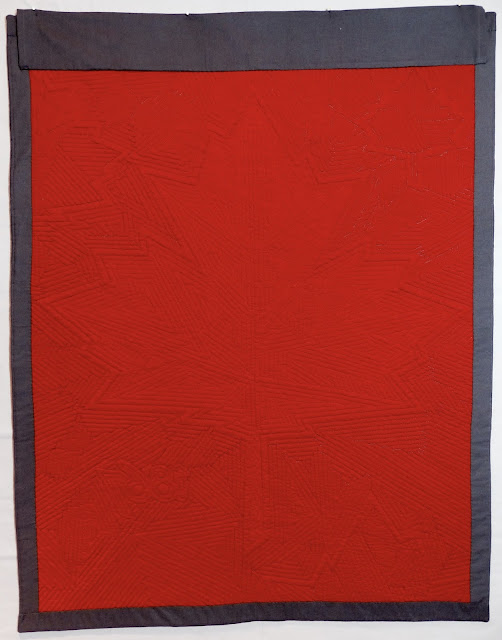 I know I say this a lot, but this is now my favourite quilt. Sorry, Happy Canada Day, Eh! I still adore you too though.